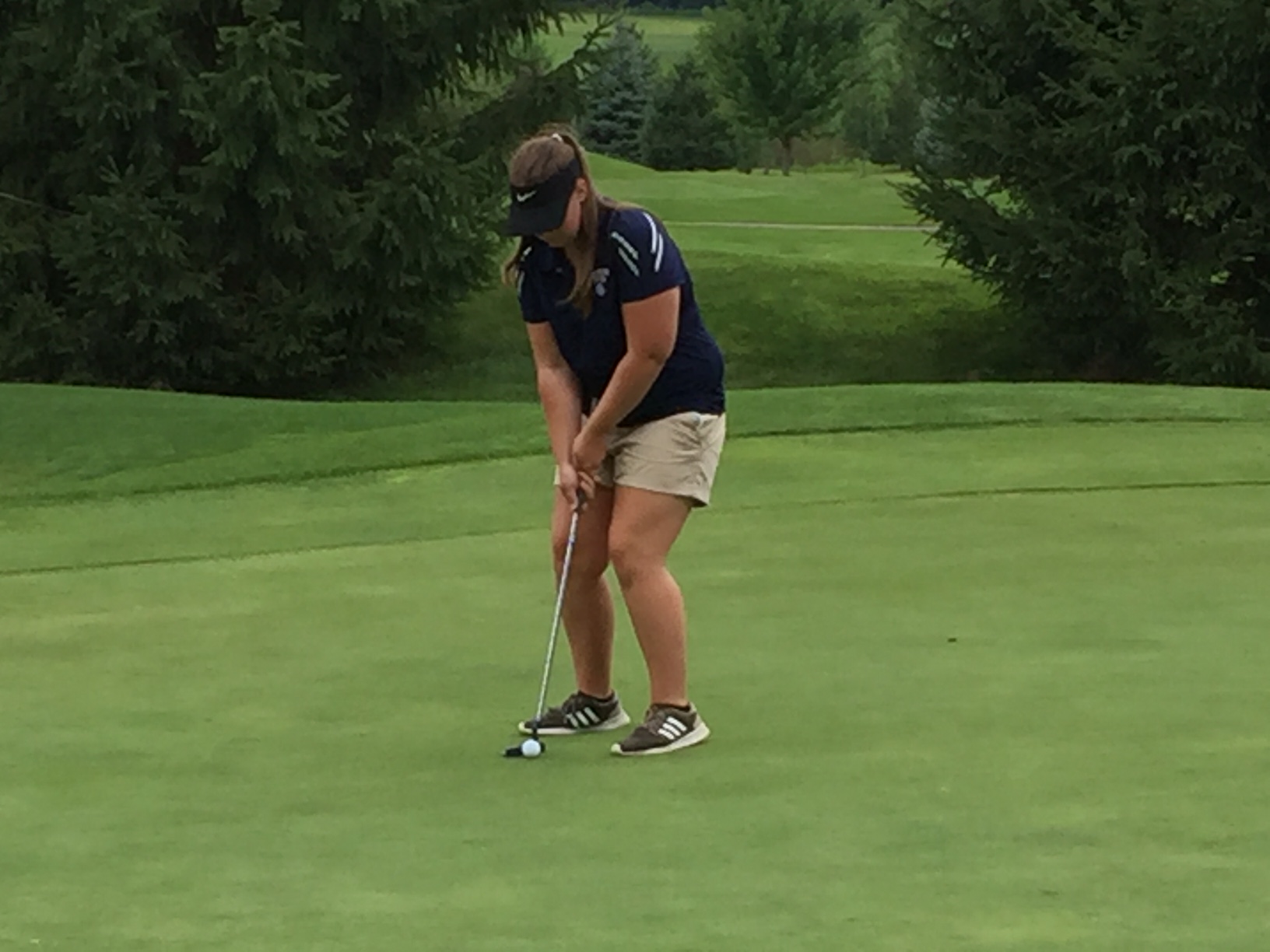 The New Prairie Squad was once again led by Sophomore Jordan Winters who shot 47, and was medalist for the match. She was closely followed by Sophomore Zoie Martinez with a 51. Junior Captain Beth Armstrong shot 59 followed by Freshman Cyd Palmer 65. The team was without the services of Freshman Liv Trojanowksi.

Coach Bruce Watson praised the effort of all team members who applied their recent practice strategies for putting and chipping. Jordan has consistently been shooting in the 40’s. Zoie and Beth both shot personal best 51 and 59 respectively. While Cyd struggled, she held it together enough to preserve our victory. It was a nice team effort. The team is now 2-6 in NIC play and 1-0 in non-conference play.

Once again, the Lady Cougars were excellent host to the Knox team and represented the New Prairie Schools and the greater New Prairie community in an excellent fashion. The Team has a few days to improve in the weakest areas before springing back into action on Thur. Aug. 23 when they host NIC foe South Bend Clay at Legacy Hills.