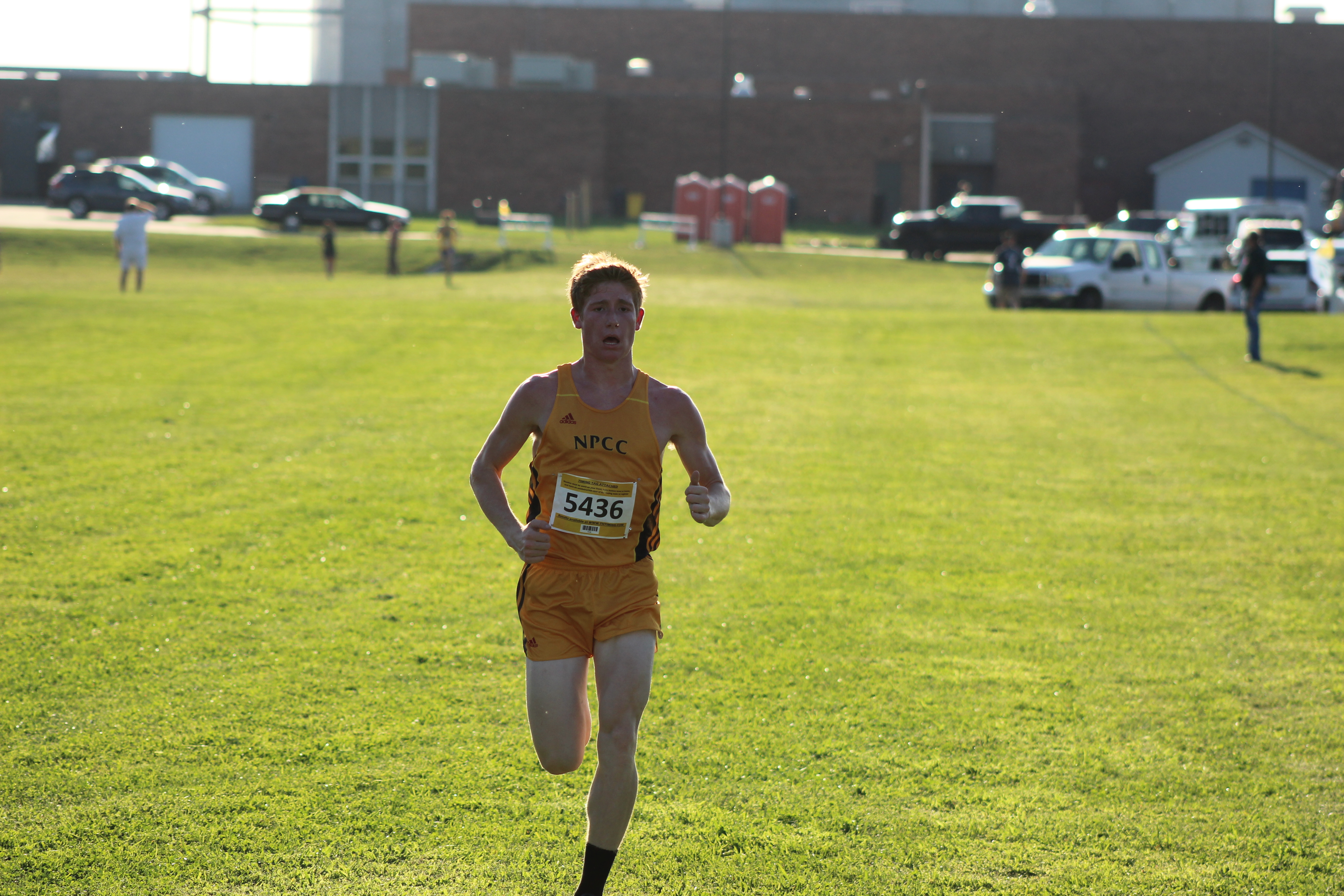 In the JV race, combining JV runners from two strong conferences, 21 teams total, The Northern Indiana Conference and the Northern Lakes Conference, the New Prairie Boys JV team raced in the earlier and even cooler temperatures. With mixed performances, the NP JV boys continued their strong seasonal racing finishing 7th of 21 teams. Tristan Balmer led the JV boys and ran 18:14, Alex Cicero, despite losing both of his timing chips from both shoes (the art of the double knot will be important for the future), ran a career best by 21 seconds in 18:35. Other season or career bests for the JV race were: Dan Reshan in 19:30 (career best by 16 seconds), Brenden Oden in 19:55 (career best by 38 seconds), and Jon Mondientz in 20:01 (career best by 36 seconds).

The New Prairie Cross Country teams head off to the IHSAA Playoffs but race on our famed home course for the next 3 rounds (Sectionals, Regionals, and Semi State) if we are strong enough to advance. The years of training, racing and dreaming for these young men seem to culminate in the journey thru the IHSAA playoffs. We will be running in a one-class system (all Indiana high schools facing off vs. each other regardless of school size) aiming to see who we can be as a team and as individuals in this amazing sport of cross country racing.